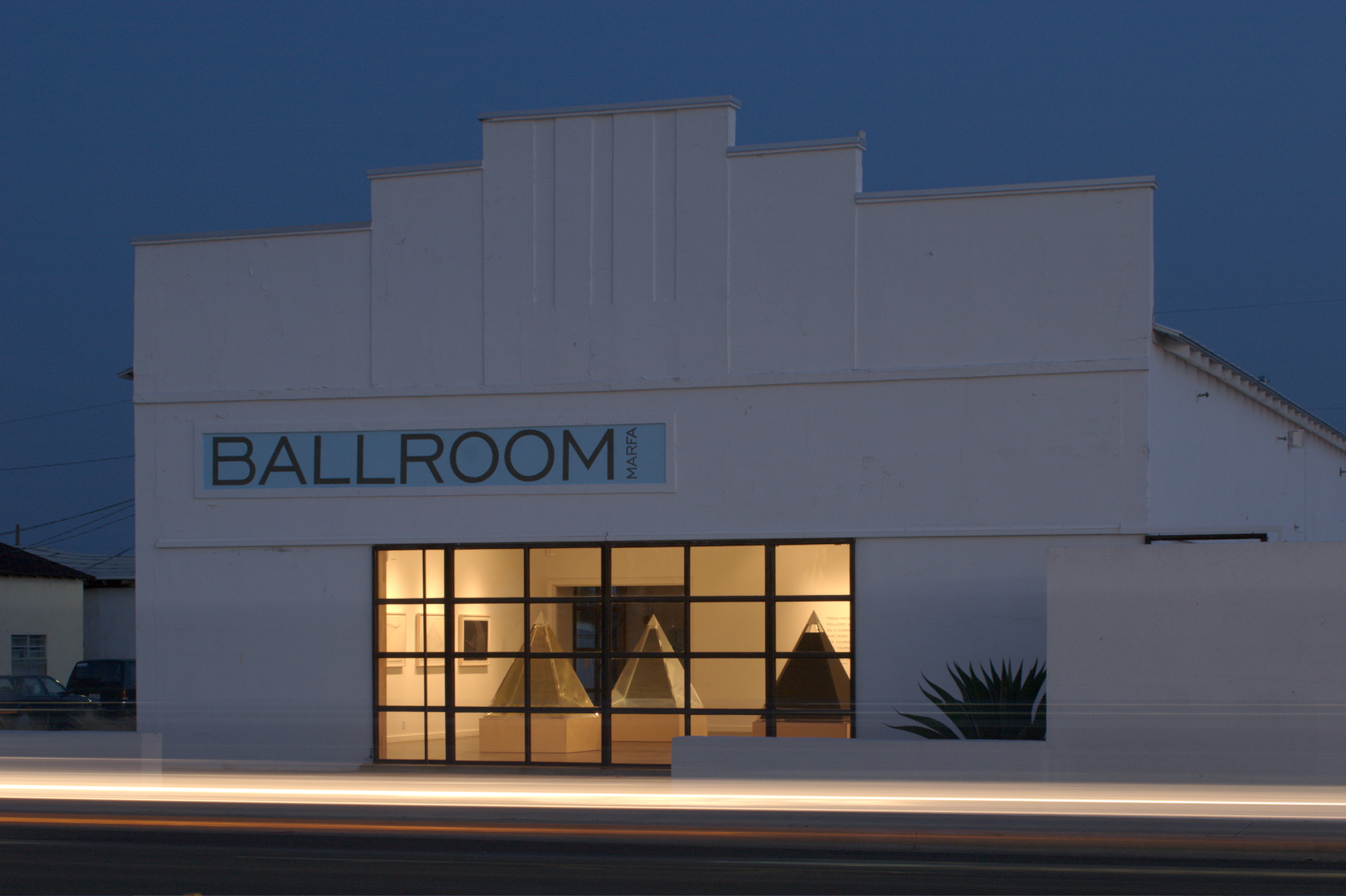 Marfa Dialogues was co-founded in 2010 by Fairfax Dorn of Ballroom Marfa, a leading cultural arts center in Marfa, Texas, and Hamilton Fish of The Public Concern Foundation (PCF), a New York non-profit devoted to the advancement of public education around social and political topics. Marfa Dialogues was originally conceived as a symposium to broaden public exploration of the intersection of art, politics and culture. The first Marfa Dialogues addressed issues of the US-Mexico border region where Ballroom Marfa was founded in 2003. The symposium ran simultaneously with the Ballroom Marfa exhibition In Lieu of Unity.

In 2012, with the support of an AIC grant from the Robert Rauschenberg Foundation, the second Marfa Dialogues program considered the science and culture of climate change, with Michael Pollan, Rebecca Solnit and Dr. Diana Liverman leading discussions concurrently with Carbon 13, a visual arts exhibition curated by David Buckland of Cape Farewell and presented at Ballroom Marfa.

“We found that the participation of artists in the public discussion of climate change – and in general in the public examination of all social issues – expanded the conversation and made it more accessible,” said Hamilton Fish, President of PCF and co-founder of Marfa Dialogues.

“Marfa Dialogues generated a tremendous public response in rural Texas,” said Fairfax Dorn, co-founder of Marfa Dialogues and Executive Director of Ballroom Marfa. “Our next step was to bring the project to New York, to inspire arts organizations here to engage the challenge of climate change in their work, and The Rauschenberg Foundation made that possible.”

+ Read a letter to the editor from Ballroom Marfa Executive Director Fairfax Dorn and Public Concern Foundation President Hamilton Fish in the Big Bend Sentinel, the paper of record for the Big Bend region of Far West Texas.

+ Explore the Marfa Dialogues archive, featuring photos, video and podcasts from the 2010 and 2012 editions, along with documentation of the In Lieu of Unity and Carbon 13 visual arts exhibitions.

The study of climate change can be understood from one perspective as an anthropocentric reaction to changing volumes – of water, of petroleum, of particulate matter in the air – and as a confrontation of the false dialectic that is created when humans attempt to understand themselves as apart from nature. The concept of “preserving the Earth” is no longer relevant. Environmental action is largely driven by and predicated on the idea of finding ways for humans to continue to exist on this planet.

Quiet Earth, an exhibition curated by Fairfax Dorn as part of Marfa Dialogues/New York, features environmentally-engaged works from the 1970s to the present. The exhibition takes its inspiration in part from the 1985 New Zealand post-apocalyptic film of the same name, and serves as an abstract documentation of the ways that humans have responded to the ecological crises of climate change with scientifically informed aesthetic practices. Quiet Earth is about an awareness of volume: That which we create, that which we consume, and that which may, in turn, consume us.

Robert Rauschenberg’s Earth Day poster is a waypoint that announces the codification of this awareness, an artifact from the genesis of the modern day environmental movement and a recognition of the moment when these long-standing ecological concerns became a matter of mainstream consciousness. Ten years later when Rauschenberg was making Gluts, the assemblages composed of artifacts from the ‘80s-era oil boom in his home state of Texas, he described them as documentation of greed and excess, or “souvenirs without nostalgia.” Summer Knight Glut, a 1987 excerpt from this series, marks the effect of a surplus of a natural resource by recombining detritus from its manifestation as consumer product: It is made of gas stations.

A concurrent perspective on volume is inherent in the ‘80s-era Donald Judd works, architectural plans which document rain catchment systems for desert dwellings, evidence of the ways in which the artist was confronting the scarcity of water in his adopted home in the Chihuahuan Desert of Far West Texas. From the same period, Hans Haacke’s Rhinewater Purification Plant demonstrates human impact on water systems, while Agnes Denes’ 2005 large-scale Pyramids of Conscience monumentalizes humanity’s relationship with Hudson River water, New York City tap water and crude oil, all of which are entombed for contemplation via the “pure technology” of the artist’s pyramids.

Maya Lin’s Silver River – Hudson and Pin River – Sandy, 2013 track the waterway as well as the floodplain of Hurricane Sandy across Manhattan, giving materiality to the temporal shape of flood memory. Larry Bamburg’s BurlsHoovesandShells on an Acrylic Rake features a stack of burls taken from redwood, maple, oak and other species of trees that exist on a knife-edge: the gap between failure and success, as with life, is determined by the eternal battle between will and chance.

Upstairs, Amy Balkin’s A People’s Archive of Sinking and Melting (State: From the Majuro Declaration to COP19 Warsaw) preserves human artifacts from lands that may be lost to rising sea levels — Anvers Island, Venice, New Orleans, Tuvalu, and more — with an echo of Rauschenberg’s melancholy “souvenirs without nostalgia.”

Quiet Earth ends with the work of Trevor Paglen, an artist and geographer whose recent projects imagine the overflow of humanity beyond Earth, offering a sobering perspective on the place of our species on this planet, and in the universe at large.

Ballroom Marfa is a dynamic, contemporary cultural arts space that provides a lively intellectual environment where varied perspectives and issues are explored through visual arts, film, music, and performance. As an advocate for the freedom of artistic expression, Ballroom Marfa’s mission is to serve international, national, regional, and local arts communities and support the work of both emerging and recognized artists working in all media.

Ballroom Marfa is particularly interested in helping artists and curators achieve projects that have significant cultural impact but would be impossible to realize in a traditional gallery or museum setting.