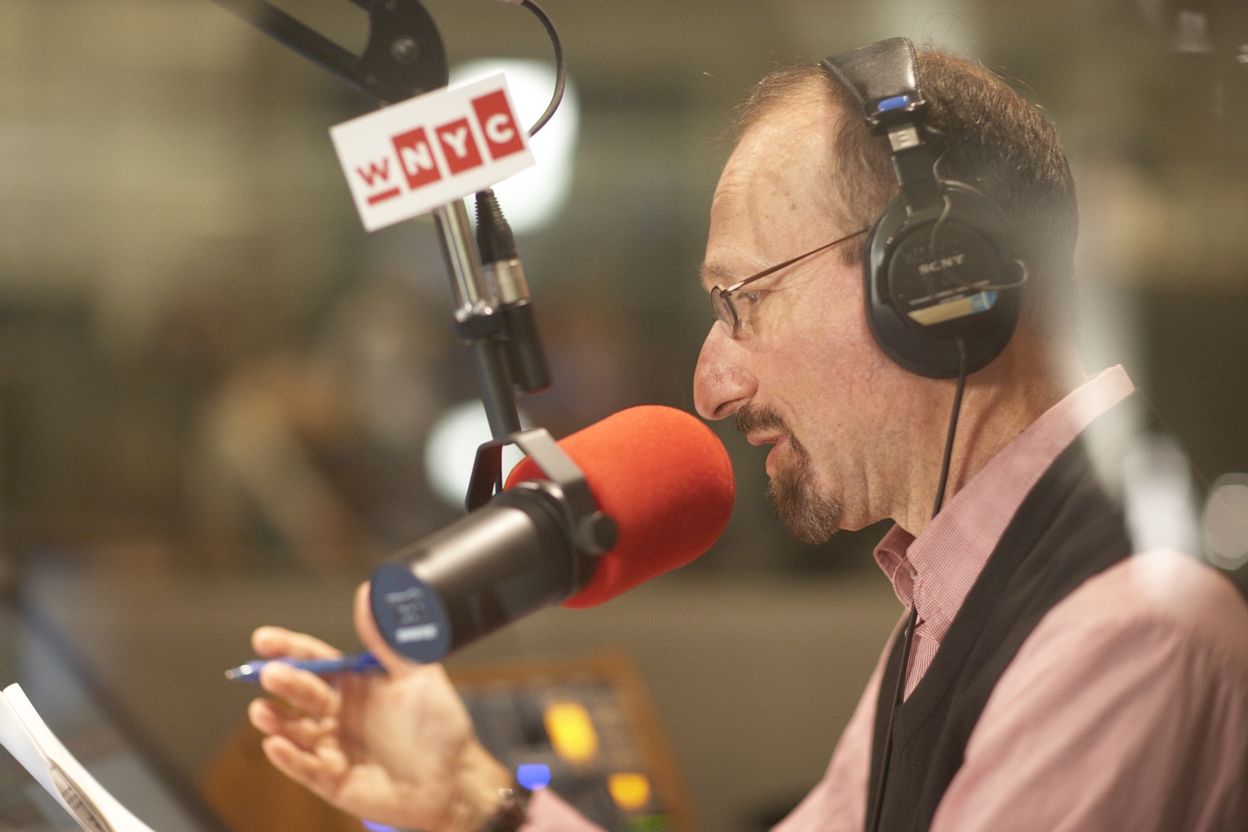 Enlighten yourself as host Brian Lehrer puts you directly in touch with news makers and gives them a chance to exchange opinions and ideas with call-in listeners. A seasoned moderator, Lehrer directs a “sane alternative” in talk radio. Whether the topic is New York City’s education or housing policy, the changing face of welfare, or the expanding Chinese economy, Brian Lehrer puts a human face — and maybe even your neighbor’s voice — on the issues shaping your life.

The forecast is extreme: The 2000s were the warmest decade in our recorded history. In 2010, a Christmas blizzard buried our streets beneath more than 20 inches of snow. One year ago, Hurricane Sandy devastated our city with wind and rain.

WNYC, in collaboration with Marfa Dialogues/New York, will bring four of our country’s top experts on environmental science and policy for an historic panel discussion on the urgent and confounding questions raised by accelerating climate change.

They’ll explore the politics of climate change and explain the latest strategies to limit environmental damage, as well as the promising initiatives already underway nationally and here in the tri-state region.

Physicist Amory Lovins is cofounder, Chief Scientist, and Chairman Emeritus of Rocky Mountain Institute; advisor to major firms and governments worldwide on advanced energy efficiency; author of 31 books and over 490 papers; and recipient of many honors, including the Blue Planet, Volvo, and Mitchell Prizes and MacArthur and Ashoka Fellowships. He is an advisor to the Chief of Naval Operations and a member of the National Petroleum Council. In 2009, Time named him one of the world’s 100 most influential people, and Foreign Policy, one of the 100 top global thinkers.

Margot Anderson is the executive director of the Energy Project at the Bipartisan Policy Center (BPC). She was a senior advisor to the deputy secretary of energy and from 2004 to 2009 an office director at the Department of Energy’s Energy Information Administration (EIA), where she was responsible for EIA’s short-term energy forecasts, U.S. energy consumption surveys, and the international statistics program. From 2000 to 2004, Anderson was deputy assistant secretary for Policy Analysis, Department of Energy, where she worked on a wide range of energy and environmental policy issues. From 1998-2000, Anderson directed USDA’s Global Change Program focusing on the economics of climate change on agriculture and forestry and on international climate negotiations. Anderson holds a B.A. in economics (University of Cincinnati) and an M.S. and Ph.D. in agricultural economics (University of Illinois).

Richard Kauffman has been Chairman of Energy and Finance for New York State since February 2013 and was recently confirmed as Chairman of the New York State Energy Research and Development Authority (NYSERDA). His mission is to develop and implement a strategic plan to scale up clean energy, enhance New York’s competitiveness for clean energy businesses, and make our energy systems more resilient and reliable. Mr. Kauffman has served as Senior Advisor to Secretary Steven Chu at the U.S. Department of Energy. He has worked in energy and finance at some of the highest levels of both the public and private sector. Among his positions in his private sector career, he was Chief Executive Officer of Good Energies, Inc., a leading investor in renewable energy and energy efficiency technologies. Mr. Kauffman has served on the boards of several organizations, including the Brookings Institution and the Wildlife Conservation Society. Mr. Kauffman earned a bachelor’s degree from Stanford University, a master’s degree in international relations from Yale University and a master’s in public and private management from the Yale School of Management. He is a member of the Council on Foreign Relations.

Guy Nordenson is a structural engineer and professor of architecture and structural engineering at Princeton University. He is co-founder of the Structural Engineers Association of New York and co-curator of the “Tall Buildings” exhibition held at MoMA QNS in 2004. He is also Commissioner and Secretary of the New York City Public Design Commission. Nordenson is the recipient of the 2007 AIA College of Fellows Latrobe Research Prize and author of Seven Structural Engineers – The Felix Candela Lectures in Structural Engineering (2008 MoMA) andPatterns and Structure (2010 Lars Müller Publishers). He was a recipient of the AIA’s 2009 Institute Honors for Collaborative Achievement Award and is a fellow of the American Academy of Arts and Sciences. He is also active in earthquake engineering, including code development, technology transfer, long-range planning for FEMA and the USGS, and research. He initiated and led the development of the New York City Seismic Code from 1984 to its enactment into law in 1995. He has been engaged in climate adaptation research and its implementation for New York City as a member of numerous committees and task forces, including the NYS 2100 Commission appointed by Governor Cuomo.